Justice, Society and the Rise of Online and Athlete Activists
2014 saw an unprecedented intersection between sports and social issues. Social media fueled the conversation – and controversy – as athletes and journalists alike took to platforms like Twitter to both cover and opine on everything from Michael Sam’s journey to “I Can’t Breathe” in the NBA to Ray Rice’s actions. In the eyes of the public, often athletes became polarizing and media became agenda-driven as a result. In an age where everyone has a platform, what roles could and should athletes and sports-oriented influencers take on social issues? What is their responsibility for engaging or leading the conversation of off-field issues? What backlash have they received and is it warranted? Our diverse panel take a look at these topics and more.

We’ll Do It Live
At our last major event, the incomparable group formerly known as “The Basketball Jones” did a live podcast from the TIFF building in Toronto. We loved the format so much, we hope to replicate its success this year with Yahoo’s Shutdown Corner Podcast featuring two of our old friends, Jay Busbee and Chicago’s Kevin Kaduk, and new BWBer Frank Schwab. The trio will be joined by special guests as they show you how they work their broadcast magic. 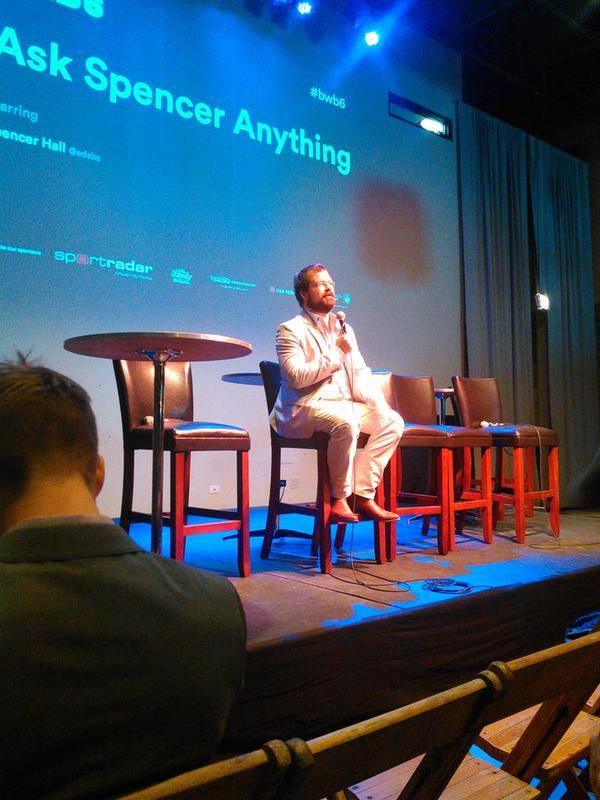 At our first BWB, Spencer Hall (then “Orson Swindle”) stormed into the Big Apple in a fine white suit. At BWB2 he doubled down in Vegas. Last time in Chicago at BWB3, the bro got iced. We put him on a panel with a motley crew of Rovell, Daulerio, Shanoff and Jamele at SXSW. Now SXSW has a whole sports track. Coincidence? We don’t think so either.

Over the course of our existence, Spencer went from one of the best and entertaining college football writers in the country to the Editorial Director at SB Nation – whose own growth over the years is in many ways unparalleled in the space.

Spencer is as respected by his peers and aspiring online sports writers as anyone. That’s why we want to allow those admirers to pick his brain on everything from the BCS to story structure to running one of the most prominent sports blog networks out there.

At BWB6, you’ll be able to ASA – Ask Spencer Anything in a Q&A format.

The State of Chicago Sports (and Media)Superstars, Stanley Cups, injuries, coaching changes and uncertainty abound, in any given season, Chicago sports franchises can teeter on the brink of championship and disappointment. That doesn’t deter a rabid and vocal fan base from being one of the best in the nation. A group of Chicago media personalities gets together to discuss the prospects of the Hawks, Bulls, Bears, Cubs and Sox; and the way they approach their duties in covering them in a digital age. 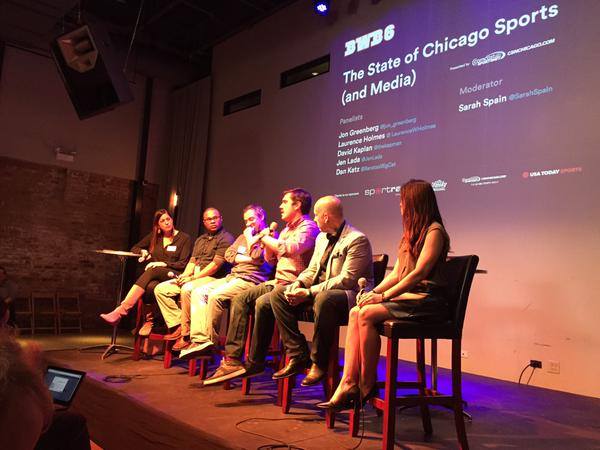 Breaking Away From the Narrative: How to Navigate the Waters of 24/7 NFL Coverage
In a media landscape where deadlines, clicks, constant updates, anonymous sources and #HotTakes drive so much of the discussion around sports, what are ways we can break free from the pack and advance the narrative rather than simply embrace debate?

The panel will discuss ways to stand free from the echo chamber and make your voice heard above the din of monotonous coverage always aiming toward providing readers with insight and information that couldn’t get anywhere else but from you. 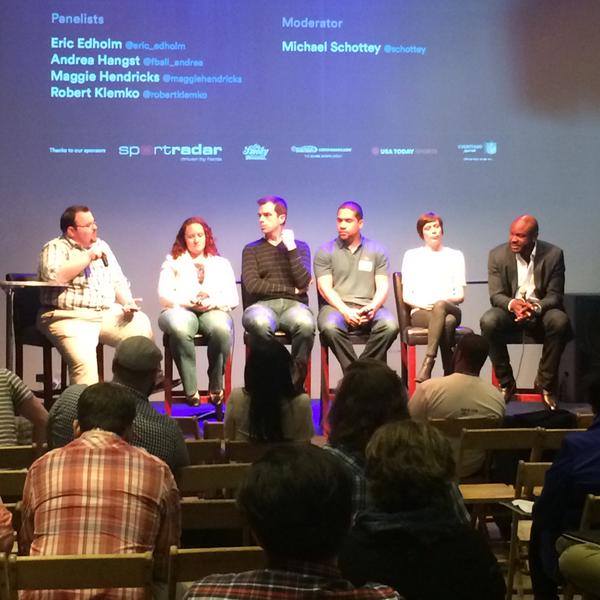 Like, Follow, Swipe Right: How the NBA is Connecting with Fans in the Modern Era
More than any other league, the NBA – along with its teams and players – continues embrace non-traditional and emerging platforms to connect with fans. Our panelists will discuss how this has shaped the way the stakeholders interact with the public, the effect it has had on globalizing the Association, and how it relates to those covering the game. 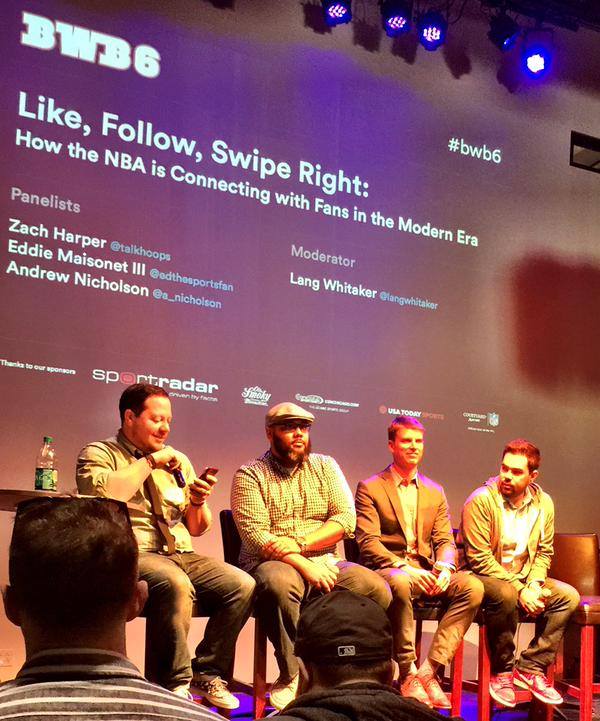 Vox Media’s Evolution into a Programming Company
“Our approach is to become a programming company as much as an editorial company.” Vox Media, parent company of SB Nation, recently announced it was launching Vox Entertainment with WME to be lead by Chad Mumm. Mumm will talk about Vox and SBN’s growth beyond an editorial company.

Fresh Kicks: The Evolution of SLAM
From honing young writers to spotlighting high school phenoms, SLAM continues to lead the way for hoop and sneaker heads alike, evolving from a print basketball magazine to a multi-platform outlet focused as much on the sport as it is the culture that surrounds it. We bring folks from their past, present and future about what it takes to grow as both an outlet and as journalists. 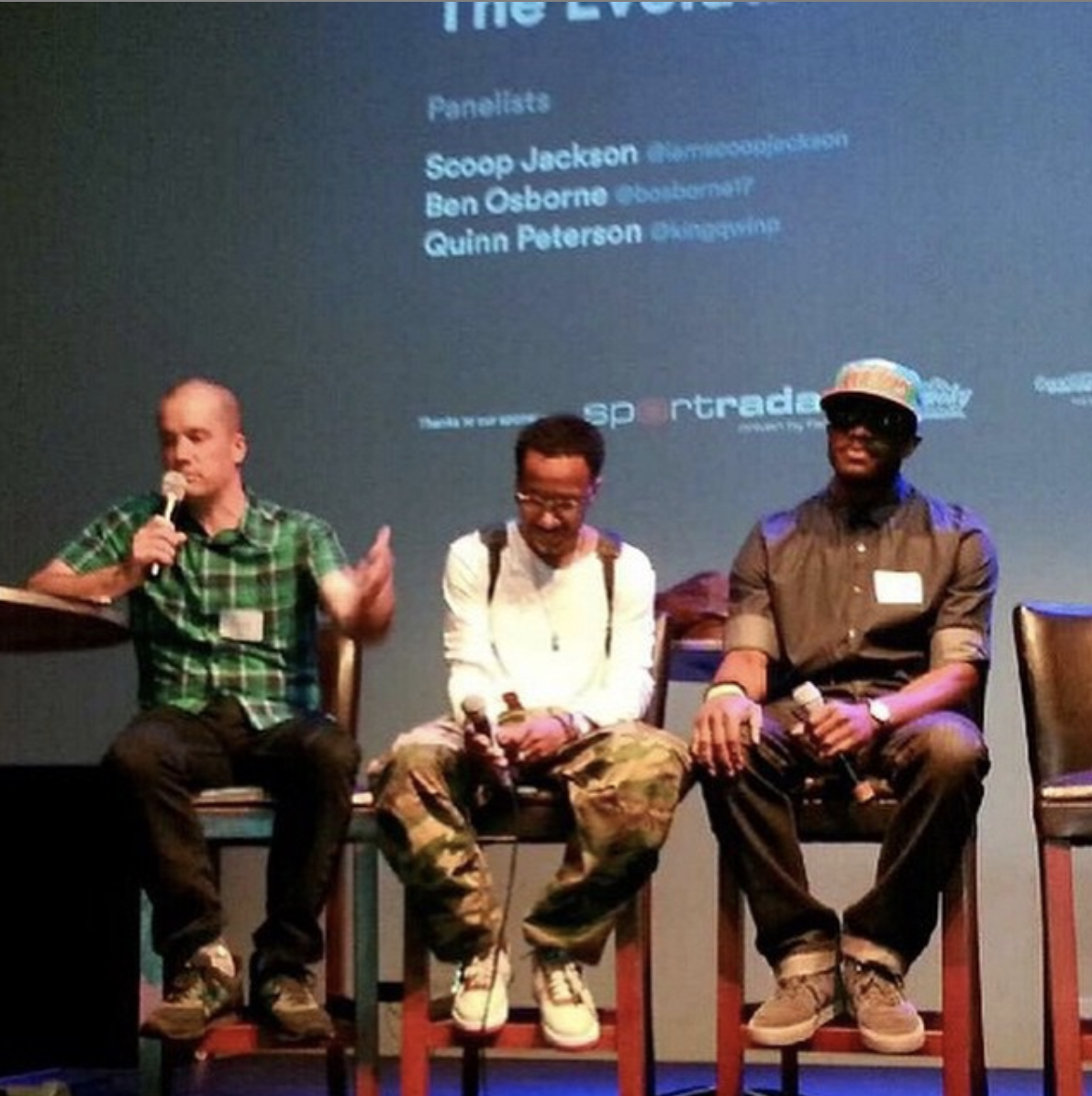 Your Pitch is Futile
PR flacks and the brands they represent have a unique relationship with bloggers and online-influencers. Whereas once PR agencies were an entry point to bloggers looking to make advertising and sponsorship money, most bloggers worth pitching have gained leverage by not only having financial security, but the true currency in the relationship: followers and readership. What do the agencies and brands have to offer in return, how can they best articulate that value and how can the process become more effective and efficient for all parties? Reps from all sides talk about what they want and what the others can do better. 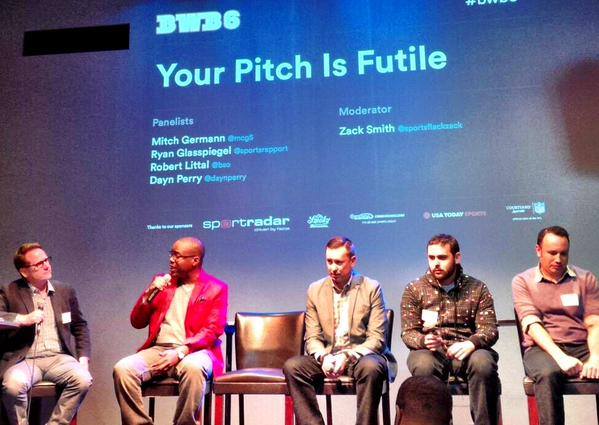 Measuring Online Influence
As brands and agencies increasingly look to align with the likes of IG stars and YouTube celebs, forgoing traditional media and bloggers alike, questions lingers: Who is influential, how is it measured and how can it be monetized? How do an individual athlete or personality’s social channels compare to traditional media platforms when it come to marketing campaigns, ad buys, and moving the masses? Does your writing matter more than your Tweeting? Does your YouTube video compare to your Instagram picture? Is an Instagram star more valuable than an NBA star? We speak with an influencer, an agency spender and a data miner to cut through the noise and tell you really what’s what.

Athletes off the Field
Whether it’s peacocking on the podium, pursuing a second career in the media as an analyst, or carving their own way in business, tech or in the community, an athlete’s career can springboard them into long-term success if they put in the effort to properly market themselves and leverage the window of celebrity and spotlight they are afforded. Some transition successfully, many find themselves grasping to the past.