To mark 10-year anniversary of first “Blogs With Balls” (BWB) conference, group to host  re-branded event merging athletes and media, and focused on conversation and storytelling

(New York, NY) – Former three-time NFL all-pro linebacker Keith Bulluck formally announced today his partnership and oversite to launch a new event, “The Outside Game,” with the group that has created and produced one of the most influential event series in digital sports media over the past decade. Since 2009, BWB has featured speakers and conversations from media and sports figures from across the spectrum including Jalen Rose, Jemele Hill, Kevin Blackistone; teams and leagues including the Blackhawks, White Sox, Sacramento Kings, and NASCAR; and representatives from outlets such as Vox, ESPN, Fox Sports, Sports Illustrated, Bleacher Report, Barstool Sports, and more.

Said Bulluck, “The Outside Game was built to provide avenues that amplify conversation among athletes, creators, media, business, and marketers in an unfiltered and unbiased manner, just as BWB has for the past decade. The Outside Game gives athletes and contributors a real opportunity to address issues not exclusive to sport, and with a genuine voice and point of view rather than through the lens of corporate PR avenues.”

He added, “Many events that I’ve seen or been a part of lack substance as related to sports culture, and few successfully push the conversation beyond their respective events. They tend to play to the people in the room or those writing the checks rather than focusing on real issues that are resonating within our society and sports industries.”=

The kickoff event will coincide with the first day of the 2019 NFL season, September 5, at SubCulture in New York City.  Conversations are scheduled to include ones on mental wellness, women and equality, bouncing back from adversity, marijuana, and the politicization of sports.  Confirmed speakers include Chicago Blackhawks goalie Robin Lehner, former NFL All-Pro Adam “Pacman” Jones, neuroscientist and tv host Dr. Heather Berlin, and Cheddar eSports host Erin Ashley Simon. Providing a soundtrack throughout the event will be Wilhelmina model and Shade 45 host DJ Ria. Additional speaker announcements being made in the coming days.

Said co-founder Don Povia, “Our focus is on storytelling, and showcasing creativity and diverse perspectives, not being an echo chamber. You can’t have a unique voice if you are parroting the masses or hindered by professional, political, or financial restrictions. We are – and always have been – about finding and amplifying modern thought leaders who are driving the conversations around sports, society, & media.” 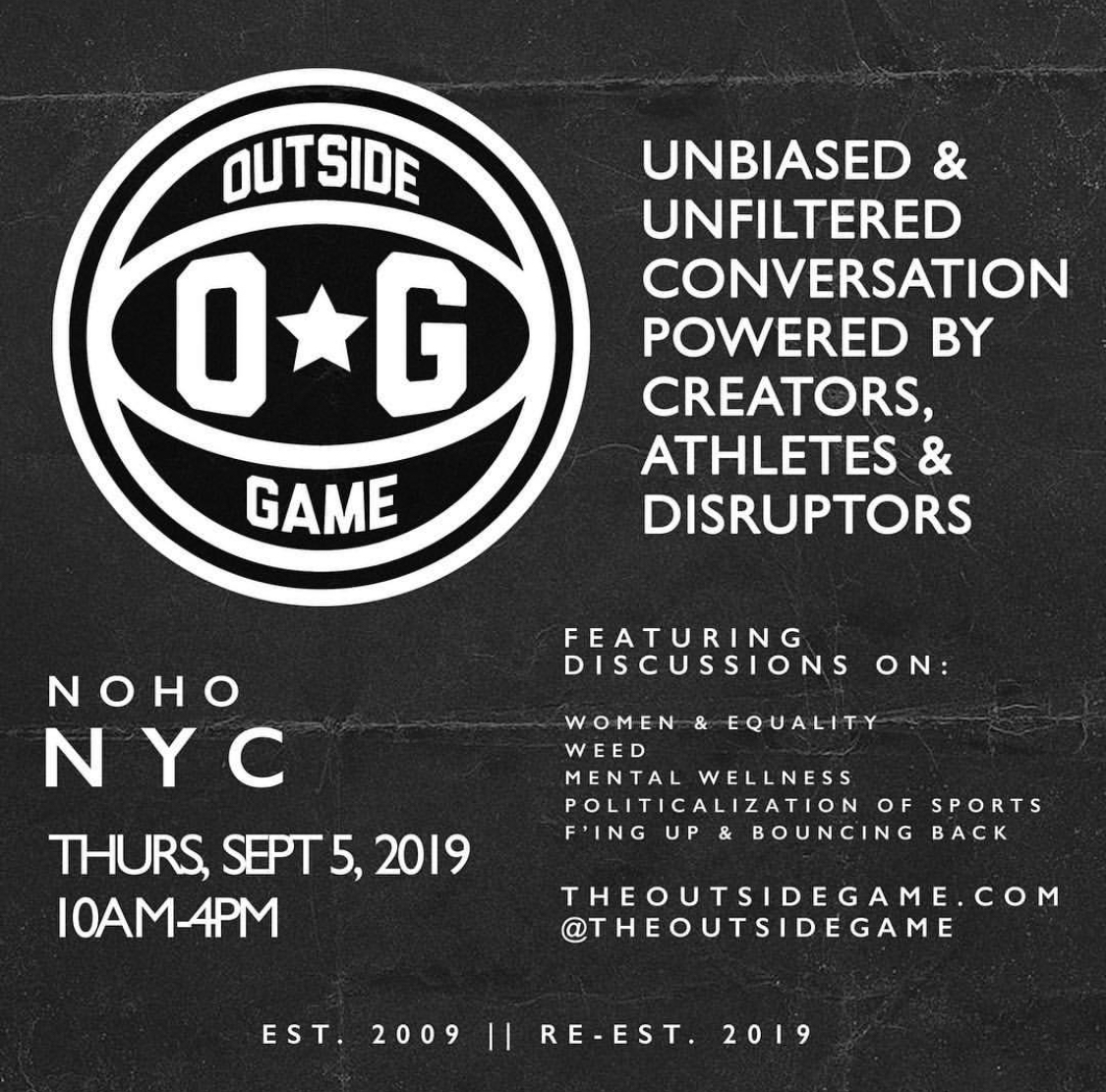 Additional Speakers Added to September 5 The Outside...

Additional Speakers Added to September 5 The Outside Game Event...