Additional Speakers Added to September 5 The Outside Game Event in NYC
To mark 10-year anniversary of first “Blogs With Balls” (BWB) conference, group to host re-branded event merging athletes and media, and focused on conversation and storytelling

Messing Up and Bouncing Back

Athletes who misplayed their hands then made it right.

Weed in the League:  Hypocrisy and Opportunity

As state after state considers legalizing recreational marijuana, how (if at all) can active and former athletes integrate into the space socially and economically in a mainstream and productive way. Further, while teams do seemingly anything to get players healthy and on the fields on game day, how do they address the hypocrisy that comes with their stances on marijuana.

Female athletes are increasingly becoming more vocal on social issues, while demanding equitable pay as their male counterparts.  Are the two fights exclusive, or at some point do they come to a conflicting head? 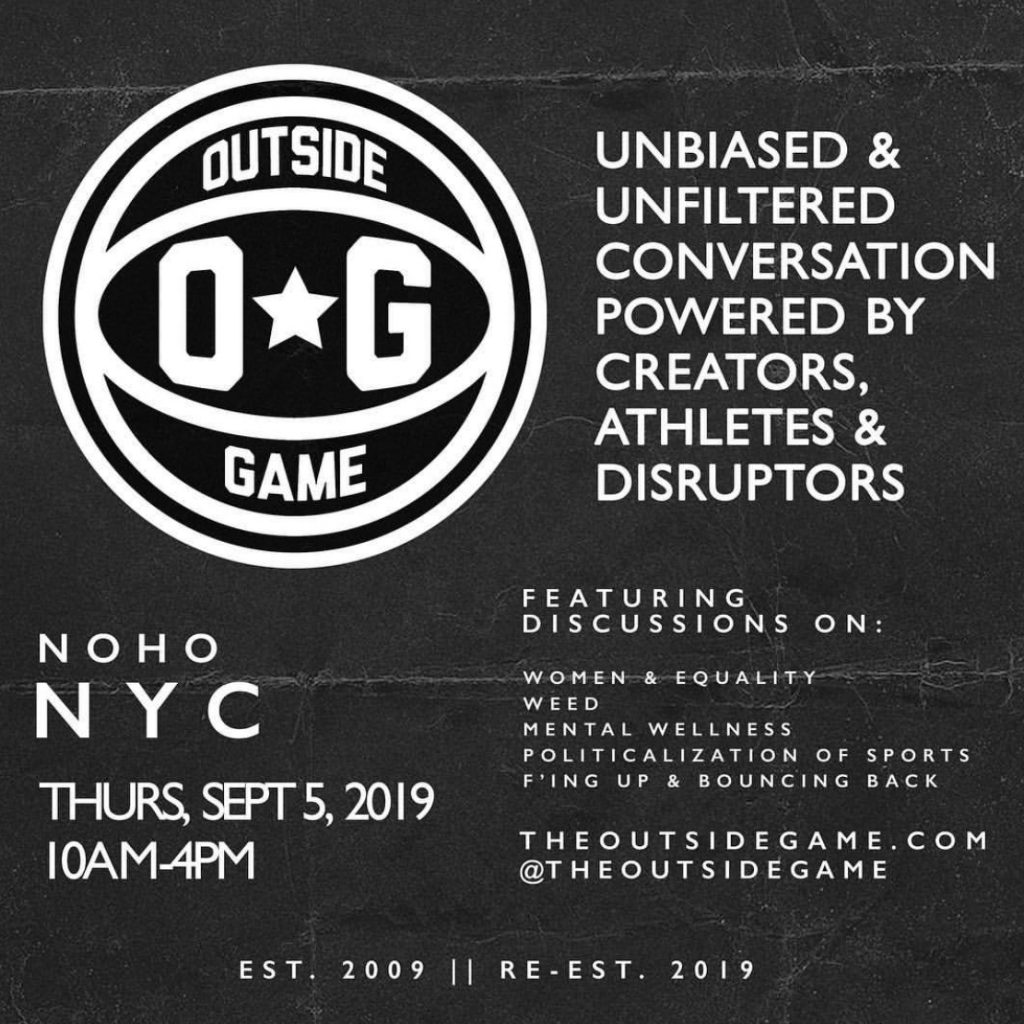